» …and a new one just begun. Don’t Eat Off The Sidewalk!

…and a new one just begun.

Okay, maybe not so much reflecting. Brian came home at the beginning of November and he’s had to work very little so i’ve been spending a lot of time with him.  Obviously.  I went to see Joan Jett and Huey Lewis in August, that was pretty amazing.  Bonny got her eye removed in July.  I went to the only wedding where i’m ever going to get a vegan meal (but that’s okay, because I don’t anticipate going to a lot of weddings).  Other than that everything is pretty much a blur.  Oh, except my dog summer.  I had two foster dogs for a few months, so I had four dogs and three cats up in this piece.  I tried keeping them outside as much as I could, but it was mostly too hot, plus I got lazy, plus they were digging holes under the fence and one time Bonny got out with them and I nearly shat myself.  So most of my summer involved me waking up at six am to let dogs out, then taking a blanket to the couch, while they jumped all over me for awhile, and then falling back asleep with all four dogs on me if I laid right. I miss them lots and it hurts to look at pictures of them.

Pushing Daisies got cancelled, causing my faith in humanity to shrivel up and die a little more.  If Fox can keep Dollhouse on the air for a little bit, it might come back.

I did not drink soda for the entire year.  I also got my hair matched to my roots and didn’t dye it any funky colors for the whole year so I wouldn’t have to bleach it annd chop it off.  I drank a Dr. Pepper on New Years Eve, which was delicious.  I woke up today feeling horrible.  My next soda will be another Dr. Pepper in 364 days.  I’m going to get my hair lightened soon.  I was born blonde and I will die blonde, dammit.

And then I bought a lot of music.  A LOT.  I got a zune and stopped buying cds because I already have a crazy dvd collection, and digital music is almost half the price of a tangible cd.  Also, Amazon MP3 has daily deals and weekly specials where you gets albums for five bucks and under.  It’s a sick addiction, I actually have a folder of bookmarked albums to buy because if I bought all of the ones I wanted we would be eating buttered noodles and wonder bread for dinner.  I’d have to send Bonny out front to sell lemonade (it’s really just her peeing in a cup, shhhh). 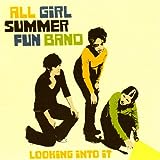 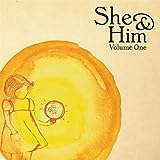 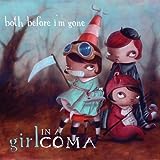 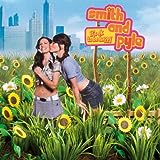 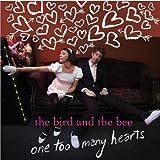 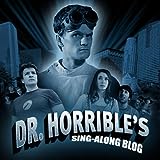 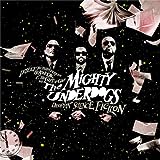 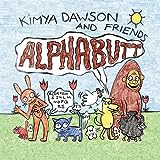 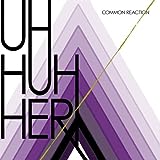 It took me forever to make that little music collage!  I also made you a mixtape of individual songs that I listened to a lot this year.  You should listen to it and admire the amazing artwork that I made with google images and photoshop.

In conclusion, 2008 was a year of nothing much except music.  2009 will hopefully be more interesting and deployment free.