» I will collect you and capture you. Don’t Eat Off The Sidewalk!

I will collect you and capture you.

One of the things I love about the internet is that it’s so easy to connect with people who have the same interests as you.  In real life, almost every hobby or interest i’ve picked up in the last few years, someone has told me it’s stupid.  Hula hooping is stupid, blogging is stupid, twitter is stupid, where I like to shop is stupid.  I don’t know why people concern themselves so much with how other people spend their free time.  I’m saying this because my new hobby is completely frivolous and i’m sure, is “stupid”.

I think it started when I got my new computer.  My laptop had been an asshole since I got it, so I wasn’t surprised when it started its death rattle a few months ago (and funnily enough, the laptop it was supposed to replace still works, but runs at about 500 degrees).  I decided I was sick of laptops, I wanted more space and to be able to play real computer games.  I made a budget to save from each paycheck, cashed in almost $200 worth of loose change, and five weeks later… So since i’m no longer using a laptop all the time, I need something to do while I watch tv.  This is 2011, who single tasks?  And then I started creeping on the nail polish thread on the ppk.  I haven’t painted my nails at all in years, my toenails get the occasional shot of blue in the summer.  I was under the impression that most nail polish isn’t vegan, but the exact opposite is true!  Sally Hansen and some other companies test, and some put carmine in their reds, but other than that it’s just a big slushie of chemicals (some worse than others).  I tried a few Wet n’ Wild shades, but the smell and the quality quickly drove me into the arms of other brands.  Especially when Walgreens had a week where Sinful Colors was on sale for $1. AND THEN I stupidly decided that it was okay to go to Ulta, to look at ORLY polishes.  I couldn’t remember why I wanted to look at them, but I did.  And then I saw a polish to end all nail polishes.  It is so awesome that when I found out that it was $3 more than the rest of the ORLY polishes because it’s a special collection, I didn’t care.  I want to be buried in this nail polish.  I am not kidding, if I go to my grave without Space Cadet on my nails, I will haunt the shit out of everyone I know.

(This picture is from Let Them Have Polish because my attempts to capture it were weak at best.) 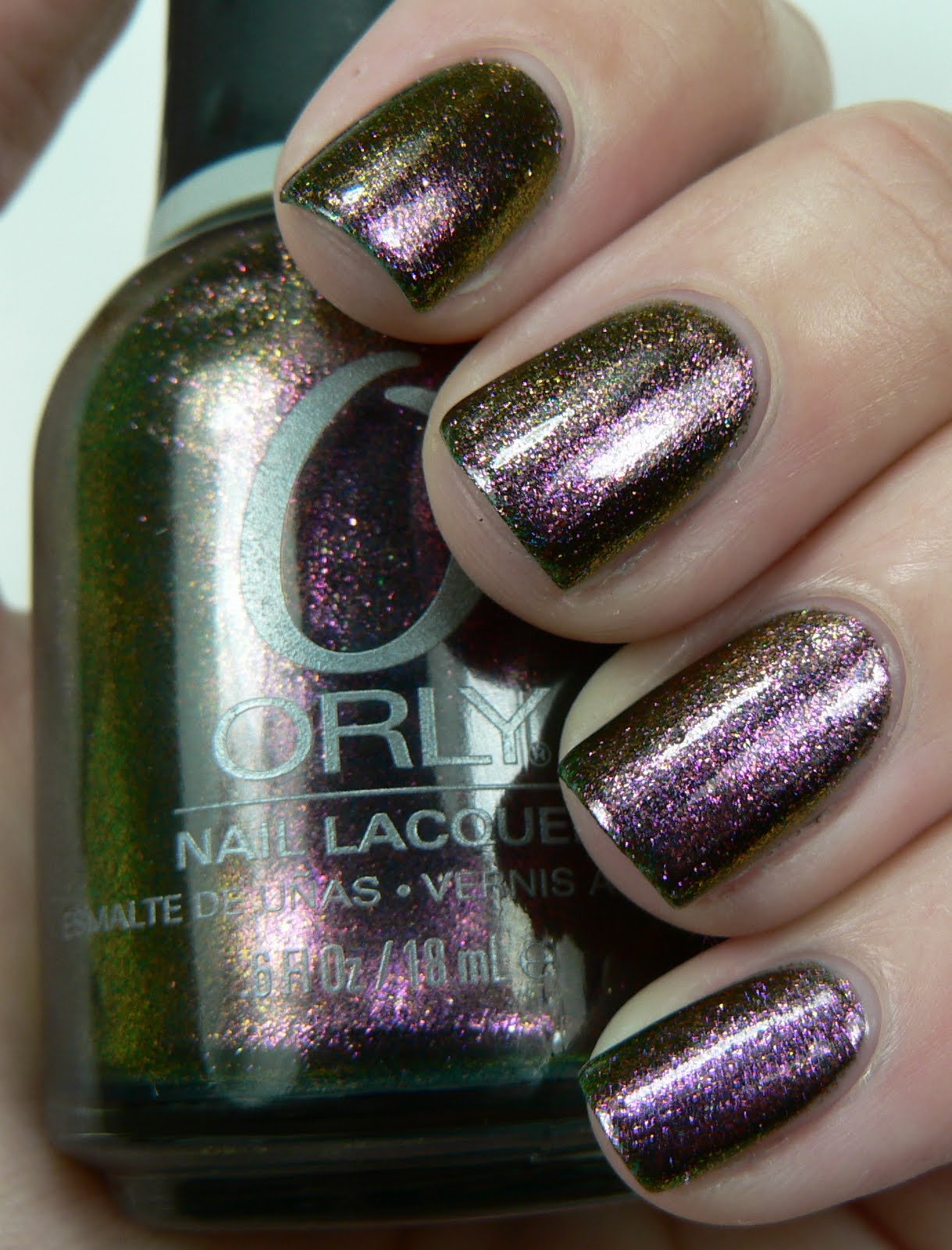 So there you go, that is the stupid thing I do now while watching my stupid tv shows that I find stupidly calming.  The only downside is that now i’m concerned about the state of my nails, instead of just cutting them really short every two weeks.