» OMG, it’s hot like it’s summer or something! Don’t Eat Off The Sidewalk! 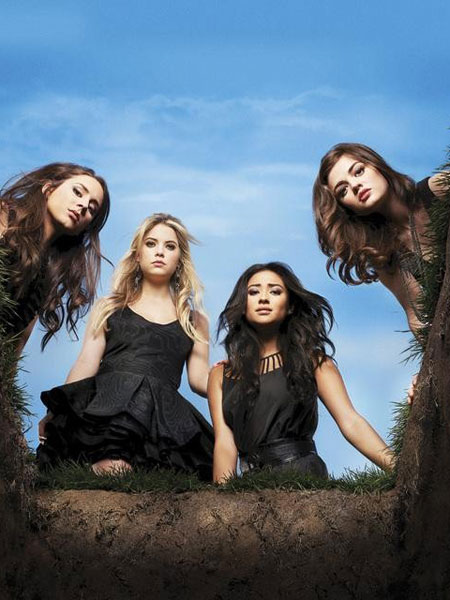 I know it’s lame and redundant to bitch about heat in the summer, but the fact that I was sleeping with a fan in my window one week, and it was over 100 degrees the next is pretty messed up. I don’t even want to sit here at my computer! Every time I try to do anything, my brain is like, “Hey, why don’t you just take that fancy new android over to the couch, take your pants off, and watch some Netflix while you boing-fwhip some pissed off birds?”

Now normally, with it being summer and there being almost nothing on t.v., i’d be inclined to fight this feeling. But since one of my favorite shows is now on Netflix, I can’t fight this feeling any longer, and yet…i’m still afraid to let it flow. When I first caught Pretty Little Liars, managing to slam down the first six episodes right before they expired from hulu, I was like, “HAVE YOU SEEN THIS SHOW. IT IS AMAZING. IT’S LIKE LOST WITH TEENAGE GIRLS AND CELL PHONES AND I THINK A IS ACTUALLY THE SMOKE MONSTER.” But since most grown-ass adults don’t watch shows on ABC Family without prompting, my fellow enthusiasts were few. But now! Now! The first two seasons are on Netflix. So now everyone I know who isn’t my husband (who shuns ‘teen drama’ and who i’m going to divorce if he insults Veronica Mars one more time) can join me in the joys of Chad Lowe, suspense, Aria’s terrible wardrobe, gagging at The Fitzing, and trying to sort through the many, many red herrings. It’s too hot to do anything else anyway!

In other news, the 4th has come and gone so I am now six years deep into being a pretentious vegan, and my cats have passed their 17th, 10th, and 10th anniversary in my loving grasp. I made myself a cake and the cats got some wet cat food and Fatty may have taken a dump in my closet. Is the 17th anniversary gift feces?